Mo Abudu, CEO of EbonyLife Media has made her mark through various endeavors in the corporate world—first as an executive at ExxonMobil for nearly a decade, then as the promoter behind the Protea Hotel Oakwood Park, as well as the Founder of Vic Lawrence & Associates, one of Nigeria’s leading outsourcing firms.

She entered the world of media as the creator, executive producer, and host of the TV show “Moments with Mo,” earning the accolade of Africa’s ‘first lady of chat’. The show was the first of its kind to be syndicated across Africa. Abudu had an impressive guest list which included the President of the Federal Republic of Nigeria, Muhammadu Buhari, the President of Rwanda, Paul Kagame, Nobel Laureate, Professor Wole Soyinka, Managing Director of the International Monetary Fund (IMF), Christine Lagarde, and former US Secretary of State, Hillary Rodham-Clinton, among others. . 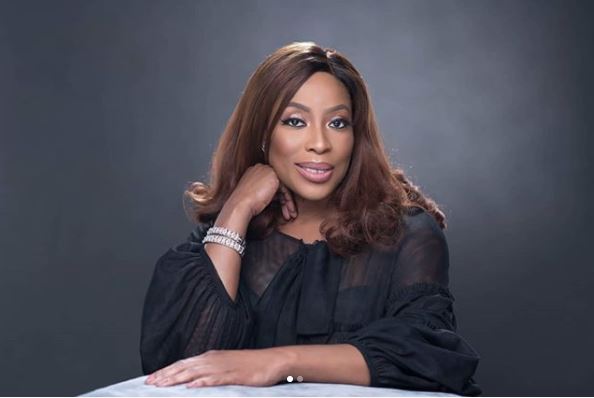 Abudu oversees all five divisions of EbonyLife Media which include EbonyLife TV, EbonyLife Films, EbonyLife Studios, EbonyLife ON and EbonyLife Productions Limited (UK). One of the most prolific producers in Africa, Abudu launched Nigerian broadcaster and producer EbonyLife TV in 2013, producing over 1000 hours of original programming each year. The channel broadcasts in Africa on the DStv and StarTimes networks, and across the Caribbean on the Flow network.

Abudu took the plunge into filmmaking, with the creation of EbonyLife Films. Her first film as executive producer was ‘Fifty’, Nigeria’s highest-grossing drama and the top film of 2015. In 2016, she produced The Wedding Party and its sequel, ‘The Wedding Party 2: Destination Dubai’ (2017), which became the highest-grossing franchise of all time in the Nigerian film industry (Nollywood). The Royal Hibiscus Hotel (2018), a romantic comedy, has been viewed by more than 100,000 people on Amazon Prime Video. Chief Daddy (2018) was the ‘Official Number 1 Nollywood film of 2018’ and third-highest-grossing Nollywood movie of all time. .

In March 2018 Sony Pictures Television (SPT) announced a three project deal with EbonyLifeTV, the first of its kind between SPT and a Nigerian television company, which will include coproduction of a TV series inspired by the Dahomey Warriors.

Abudu is highly sought after for her knowledge of the African and global creative industry. She has spoken at the Wharton School of Business, Cambridge University Judge School of Business and Harvard University, and has received many international recognitions. Forbes has described Abudu as “Africa's Most Successful Woman,” while CNN announced her as “Africa’s Queen of Media who conquered the continent.”

Abudu was listed in Hollywood Reporter's 25 Most Powerful Women in Global Television in 2013 and 2017. In 2018, the University of Westminster awarded Mo an honorary degree of Doctor of Arts, in recognition of her outstanding services to broadcasting and enterprise in Nigeria.

Abudu was named on The Powerlist 2018, an annual list of the UK's top 100 most influential people of African and Caribbean heritage. In the same year, Mo was appointed a Director of the International Academy of Television Arts and Sciences, the organization responsible for staging the world famous International Emmy Awards. .